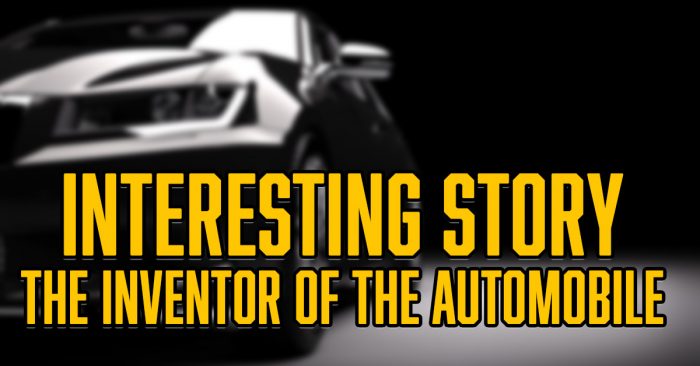 No, Henry Ford did not invent the automobile. Sorry if that gave you reader’s whiplash, but many are still under the impression that American industrialist/automaker/Multimillionaire actually was the guy who invented the car.

Henry Ford invented the assembly line process that made auto production affordable for the average person, but as far as inventing the automobile, that honor goes to Karl Benz who on January 29, 1886 applied for his patent for what would become the first gas powered automobile. Henry Ford came to the party some eleven years later.

So who was Karl Benz, and how did his invention come about?

Benz was born in 1844 with the last name of his mother Josephine Vaillant, but took the last name of his father after his dad’s death when he was two years old. Although he grew up in near poverty, Benz was an interested and good student and began expanding his scientific knowledge at just nine years old. At just 15, he passed his entrance exam to attend engineering school and graduated for years later at 19. He worked for various engineering-related companies for about seven years but never fit in well with any of them. In 1871, at the age of 27, Karl Benz joined August Ritter in launching the Iron Foundry and Mechanical Workshop.

The business’s first year was more than difficult as Ritter turned out to be unreliable. Company tools were impounded and the company was at risk of total failure. The fiancé of Karl Benz, Bertha Ringer stepped in to buy out Ritter’s shares. A year later they married and eventually had five children. During this period, Karl actually worked for his wife’s company while working on developing a practical gas engine.

Benz applied for multiple patents for his inventions, many of which would be used in the automobile. In 1882, the company sought new financing to facilitate its growth. In 1885, the Benz Motorwagon was produced and patented. While it looked more like a three-wheel bicycle than what we think of as an automobile, the car was essentially created with features like rack and pinion steering, an electronic ignition, a water cooled engine and other elements that remain a part of our vehicles to this day.

Benz began advertising and selling the vehicle in 1888 and the rest is automotive history. Today, the name Benz remains synonymous with quality crafted automobiles.

No matter what type of automobile you drive, we can help you insure it. Contact us for a free quote. There’s never any obligation, and you may find yourself with better coverage at a price you are comfortable with.

What Amount Would You Sue For?

Things Around Your Home Are Multiplying!

The Importance of an Exit Strategy

When is the Best Time to Shop for Auto Insurance?

Things Around Your Home Are Disappearing!